Sports And Fitness Clubs in Stockport

Stockport County F.C. play in the National League North. The club was formed in 1883 as Heaton Norris Rovers, changing its name to Stockport County in 1890 reflecting the town's status as a county borough. It joined the Football League in 1900. Its most successful season was the 1996–97 season, when it reached the Football League Cup semi-finals and won promotion to Division One. 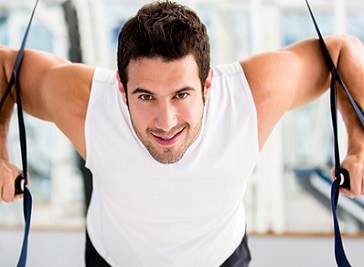 Elite Performance Fitness is a unique get results gym specialising in weight loss and body transformations. They not only provide the most innovative environment to train in but also a fun approach to fitness, which people of all ages and abilities can excel and attain results like never before.

Whether you are training for a marathon, building muscle or just want to keep your fitness ticking over; cardio is integral to every exercise plan and we have loads of machines so you won’t be kept waiting!