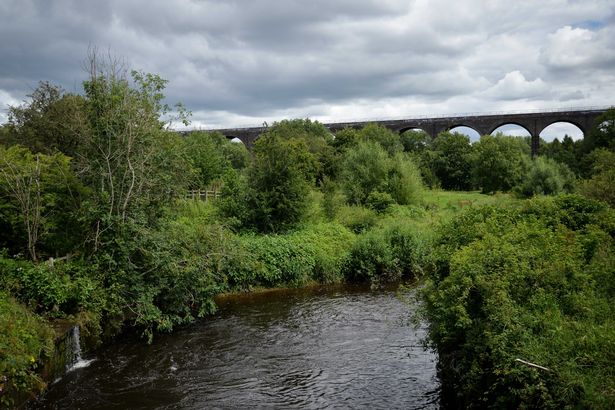 Police have released an image of a man they want to speak to after a young girl ended up in water in a Stockport park.

The incident happened at around 3.55pm on Monday, August 24 at Harrison’s Weir in Reddish Vale Country Park.

Emergency services responded to a report of ‘concern for welfare’, police said.

“An investigation was launched and officers have established that a young girl entered the water and was followed in by a young boy and man, who pulled her to safety,” GMP said in a statement.

No injuries were reported.

Enquiries are ongoing but police are keen to check on the welfare of those involved and establish exactly what happened.

“To enable us to do so, we want to speak to the man in the image. Enquires to identify him have been ongoing and I am now encouraging him or anyone who can help us identify him to get in touch with us or Crimestoppers.”

“We do not believe anyone was injured or anyone else was involved in this incident but we would like to ensure the welfare of the young girl, boy and man.”

“I would like to use this opportunity to highlight Greater Manchester Fire and Rescue Service’s key water safety message – never swim or jump into open water (if there’s no lifeguard then don’t swim). Cold Water Shock can kill in just 60 seconds and you never know what’s lurking beneath the surface.”

An outdoor gin cinema is coming to Stockport

20-somethings ‘treating covid tests like the morning after pill’