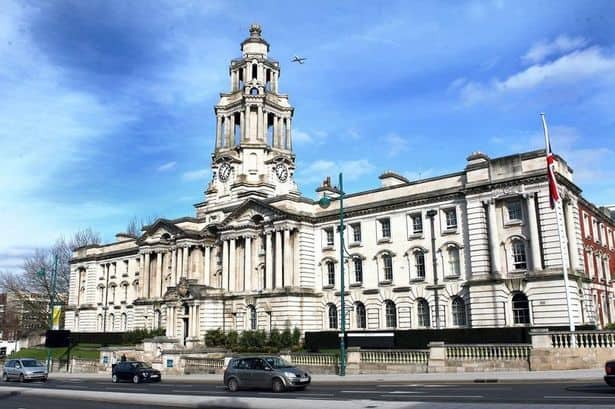 Stockport’s former cycling chief has called on the town hall to ‘massively up the scale’ of its ambition for cycling and walking schemes in the borough.

Don Naylor resigned in frustration over what he claims was a failure to take ‘radically different’ action on climate change and social inequality.

In an open letter he said he was taking early retirement so he could publicly raise his concerns over the council’s transport strategy.

He had worked for the council for nearly two decades, spending 17 years in the position of cycling officer.

But his parting message included a plea for the council to think bigger and bolder when it comes to travel by bike and on foot.

The authority plans to have a ‘high quality and fully connected walking and cycling network’ in place by 2029 and has also attracted more than £27m for further schemes through the Mayor’s Challenge Fund (MCF).

In August the council made a bid for £6m from the government’s ‘active travel fund’ for six walking and cycling schemes.

But it is clear from Mr Naylor’s letter that he does not believe the council is thinking big enough.

Mr Naylor says the government’s new guidance on cycle infrastructure design will be a ‘game changer’.

He adds: “Those not ‘playing by the new rules’ risk being identified as losers by the forthcoming Active Travel England Inspectorate, and suffering financial consequences.

“Again, I feel it is vital that the implications and opportunities arising from this guidance are mainstreamed as soon as possible.”

The council says it also has to support the bus network and be careful not to foist unwanted schemes on communities.

A lack of road space and conditions on funding have also influenced which projects the authority has chosen to pursue.

But Mr Naylor believes the town hall should be setting its sights higher.

His letter adds: “I fully appreciate the pressures that government-imposed funding timescales have placed on colleagues and project delivery.

“Nevertheless others, elsewhere, have been able to innovate more radically: members of our communities are looking on and seeing ambitious new streetscapes being trialled.

“I hope that Stockport, similarly, is quickly able to massively up the scale of ambition: residents, present and future, are entitled to this.

“When those same residents are meaningfully engaged in conversations about the need to ‘do transport radically differently’ I suspect there will be pleasant surprises.

“It is a mistake to assume that people when presented with, hopefully reliable, evidence cannot understand the need for fundamental change.”

Local group Walk Ride Stockport have backed Mr Naylor’s comments, claiming not everyone at the council had grasped the urgency of the climate situation.

A spokeswoman said: “People want to breathe clean air and for their children to be able to walk to school safely.

“The changes needed will require a certain amount of courage from political leaders but their bravery will be rewarded in the long term by healthier residents who save the NHS and local businesses millions. Congestion alone costs businesses in Greater Manchester £1.3bn annually.

Coun David Meller, cabinet member for economy and regeneration has defended the council’s record on walking and cycling.

He points to schemes including a 10km footpath/cycleway to Manchester Airport and a cycling link between the town centre and the east of the borough which is due to be completed later this year.

She said: “Progress may not have been as fast as some would like but the council for the past six months has been dealing with and is still dealing with the impacts of a lockdown caused by a global pandemic that is still very much with us. I believe a great deal has been achieved in the circumstances.”

A seven week consultation on ‘active neighbourhoods’ in the Heatons and Romiley is currently under way.

Homes and businesses evacuated in Stockport after ‘suspicious item’ found